One of the biggest inventions of the 21st century, ‘Facebook’ is a virtual cosmos in its own. It’s a voyeur’s paradise. Never dull and often entertaining. Be it articles, news, selfies or posts, you can find everything and meet every kind on Facebook. Although it was meant for communication yet some people don’t leave a stone unturned to complain about Facebook (on Facebook):

They are the ones who believe everything they read on Facebook and then talk about how everything on the internet is fake. The same uncle who shares posts how Modi Jee is going to ban Rs 2000 notes, is also the same uncle who is neurotically paranoid about scammers on the internet. Well, if you think everything written on Facebook is fake, then why do you think the Internet has the “correct” information? A mind-boggling paradox, this reveals a lot about people.

Smart peeps who complain about others uploading too many photos on Facebook, either they’re just jealous about your selfies or think that they’re too busy so they just scroll down them. But, they seem to miss the fact that it is a photo-sharing platform. Complaining about photos on Facebook is like becoming a cab driver and complaining about traffic. You just cannot. 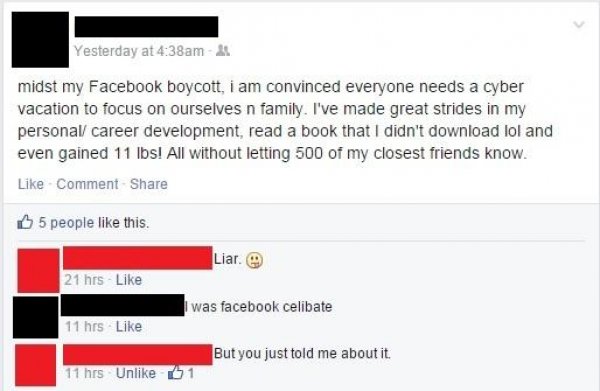 The “I’m deleting my Facebook soon, here are some deep thoughts about why I’m doing this” update. Wow, cool. Are you taking a week or a month off of Facebook to focus on #real life shit? Congrats!! But, the world doesn’t need some elongated post about it. Just do it, bro. 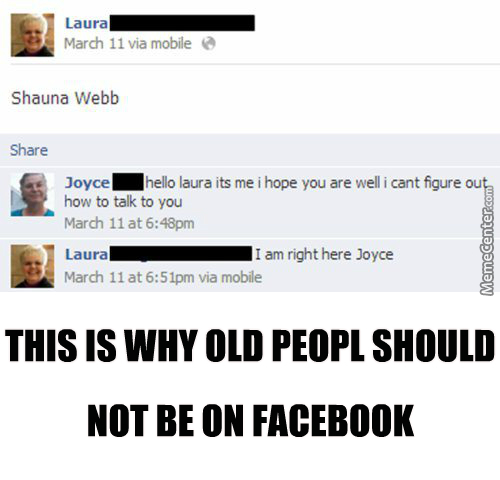 Oldies who don’t know the basics of using Facebook, constantly complain about it. They whine about how you, their niece, nephew, child, or friend’s child, are always on Facebook, and how you shouldn’t be on it because it is unsafe, blah, blah. Why? Because they have a total of three friends on Facebook, in addition to their wife, and their son who has put them on limited profile. As a result, your activity is the only thing they see on their timeline when they log in once a month.
And at some point, you really wish to tell all of these moaners:S